January's hidden home was an exclusive in-house listing that sold this past December. Built in 2008 and renovated in 2014, this 3 bedroom and 2 and half bath home is sited on a bluff with acreage and 240 ft of easily accessible lakeshore. You will be sure to enjoy this unreleased virtual home tour of this adorable Champlain Islands Lakefront Cape!

(This home is not for sale) 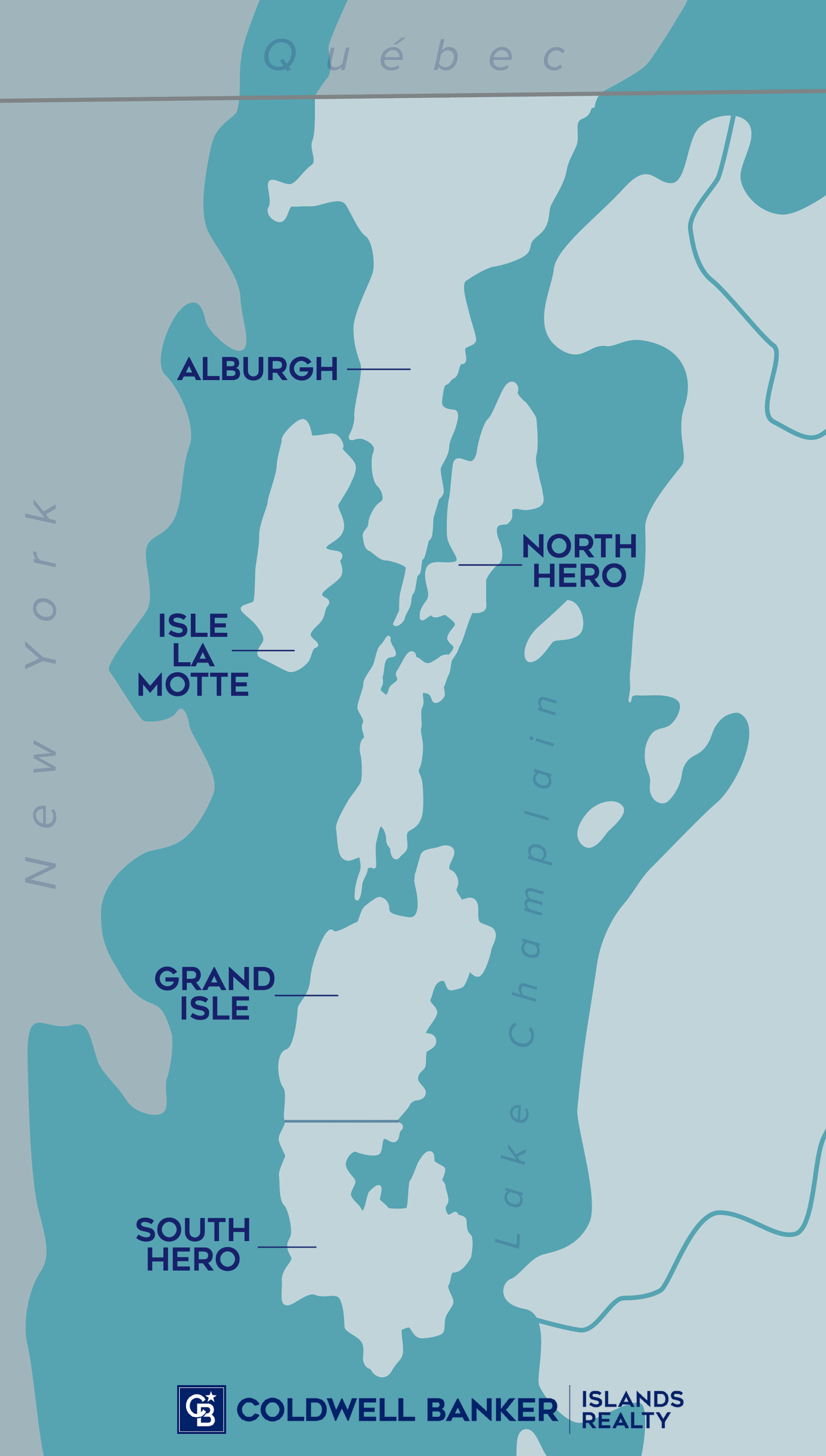 With more shoreline than any other part of Vermont, the Lake Champlain Islands region is a unique and beautiful place located in Grand Isle County. The Islands are made up of five towns that all boast small-town rural charm with breathtaking scenery and an abundance of stunning lakefront homes. 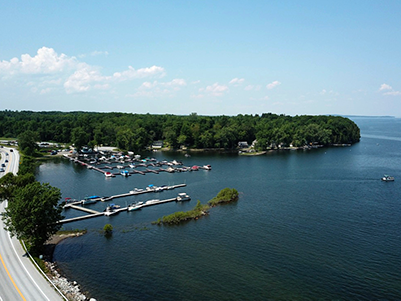 The Town of South Hero is the southernmost town, and shares an Island with the Town of Grand Isle. Known as the gateway to the Champlain Islands South Hero is a 20-25 minute commute to Burlington, Vermont.  Whether it’s your first visit or your daily commute it’s hard not to stop at the two mile Sandbar Causeway’s resting area to take in the panoramic lake views. South hero residents pride themselves on having a strong sense of community and volunteerism ultimately making this a sought after place for families. Among great lakefront properties, South Hero has a growing town center with restaurants, the Community Health Center, Community Bank and the Worthen Library. In the warmer months you will see cyclists on the Island Line Trail, concerts at Snow Farm Vineyard, and apple picking at Allenholm and Hackett’s Orchard. 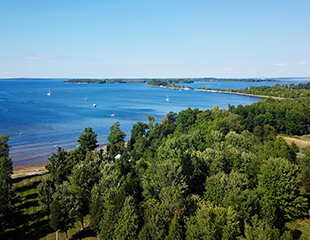 The Town of Grand Isle is located on the northern side of the Island it shares with South Hero, and is just 25 to 35 minutes to Burlington, Vermont. Known as the beauty spot of Vermont, Grand Isle boasts a rural lifestyle with fertile farmland and pastoral views of Lake Champlain. In the summer months residents attend the Champlain Islands Farmers’ Market and indulge in Island Homemade Ice Cream. On Grand Isle’s eastern shore you will find residents swimming at Marycrest Beach or launching their boat at Ladd’s Landing Marina. The town is home to Vermont’s most visited state park, Grand Isle State Park, and New England’s oldest standing log cabin, Hyde Log Cabin. On the western shore, Gordon’s Landing offers an easy commute to New York State by-way-of the ferry that travels to Plattsburgh, New York all year round. 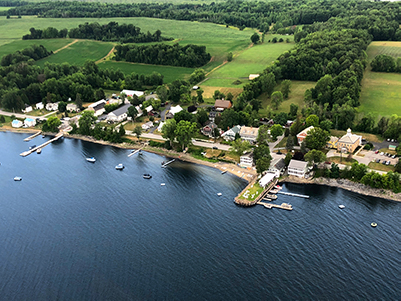 The Town of North Hero is centrally located in Grand Isle County on the North Hero Island. It is named after the Revolutionary War hero Ethan Allen. Known as the shire town, North Hero is a quiet community with a picturesque village directly on City Bay of Lake Champlain. The village includes stunning views of the Green Mountains in the distance and is home to popular destinations such as Hero's Welcome General Store, The North Hero House and Shore Acres Inn & Restaurant. North Hero has a close-knit community with strong, independent values. The elongated Island has much to offer in terms of real estate, whether it's on Pelot's Bay or the shores of the Inland Sea you will find an abundance of lakefront cottages and beautiful year-round homes. 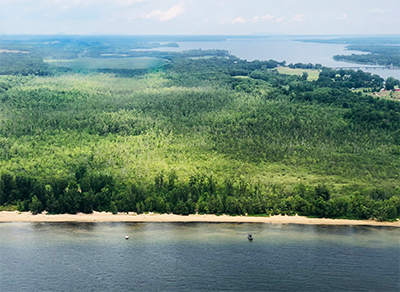 The Town of Alburgh is the gateway to Vermont from New York and Canada. It has the highest amount of lakefront properties compared to the other Champlain Island towns. In Alburgh, you will find beautiful historic farmhouses as well as newly constructed homes in both country and lakefront settings. With its close proximity to New York, Canada, and St. Albans City, Alburgh is a favored place to reside. You will find walking trails and abundant nature. The sandy beaches at Alburgh Dunes State Park serve as a popular destination for residents and visitors. Alburgh is also home to one of the few golf courses located in the Champlain Islands. Open to the public, the course overlooks Lake Champlain and the deck at the 19th Hole Bar & Grill has some of the best seats in town.

The Town of Isle La Motte is the northernmost of the Champlain Island towns and embodies a quiet rustic lifestyle with astonishing views of Lake Champlain. From impressive homes nestled on the shores of Lake Champlain to quaint seasonal cottages, Isle La Motte has much to offer in terms of real estate and lifestyle. Isle La Motte has a rich history. It was the land at which Samuel De Champlain first landed on in 1609, on the lake that now bears his name. The French built a fort in 1666 which is now St. Anne’s Shrine, a historic and peaceful setting that has become a popular destination for locals and tourists. The fort was built by Pierre De La Motte for which the island is named after. Isle La Motte is a geological wonder as well. The area is home to Chazy Reef, the world’s oldest coral reef, and the 85 acre Goodsell Ridge Fossil Preserve.

The Champlain Islands is not just real estate, it's a sense of place. We want you to find yours in this rich, beautiful landscape of close-knit communities, history, and countless places to explore. Let a Coldwell Banker Islands Realty agent help you find the perfect home in the Lake Champlain Islands. To begin your property search browse available homes in the Champlain Islands.

The Northwestern Vermont Board of REALTORS® (NVBR) has released its market statistics for May 2021. The information is derived from data contained in the New England Real Estate Network and covers Chittenden, Franklin and Grand Isle Counties.

As the weather warms and pandemic restrictions ease across much of the country, the U.S. housing market shows little sign of cooling. Robust buyer demand, fueled by low mortgage rates, continues to outpace supply, which remains near historic lows. Nationwide, inventory remains much lower than it was at this time last year, and sales prices are surging as a result.

With such limited supply of existing homes to purchase, all eyes are on home builders to provide a much-needed boost of inventory to the market to help meet buyer demand. However, increasing material and labor costs, along with supply chain challenges, have contributed to significantly higher construction costs, with builders passing these costs on to homebuyers. And while the warmer temperatures, rising sales prices, and the reopening of the economy may draw more sellers to the market, historically low levels of homes for sale are likely to continue for some time.

If you're thinking of selling your home you need an agency who can help you navigate this fast paced market. Contact one of our local realtors to learn more. 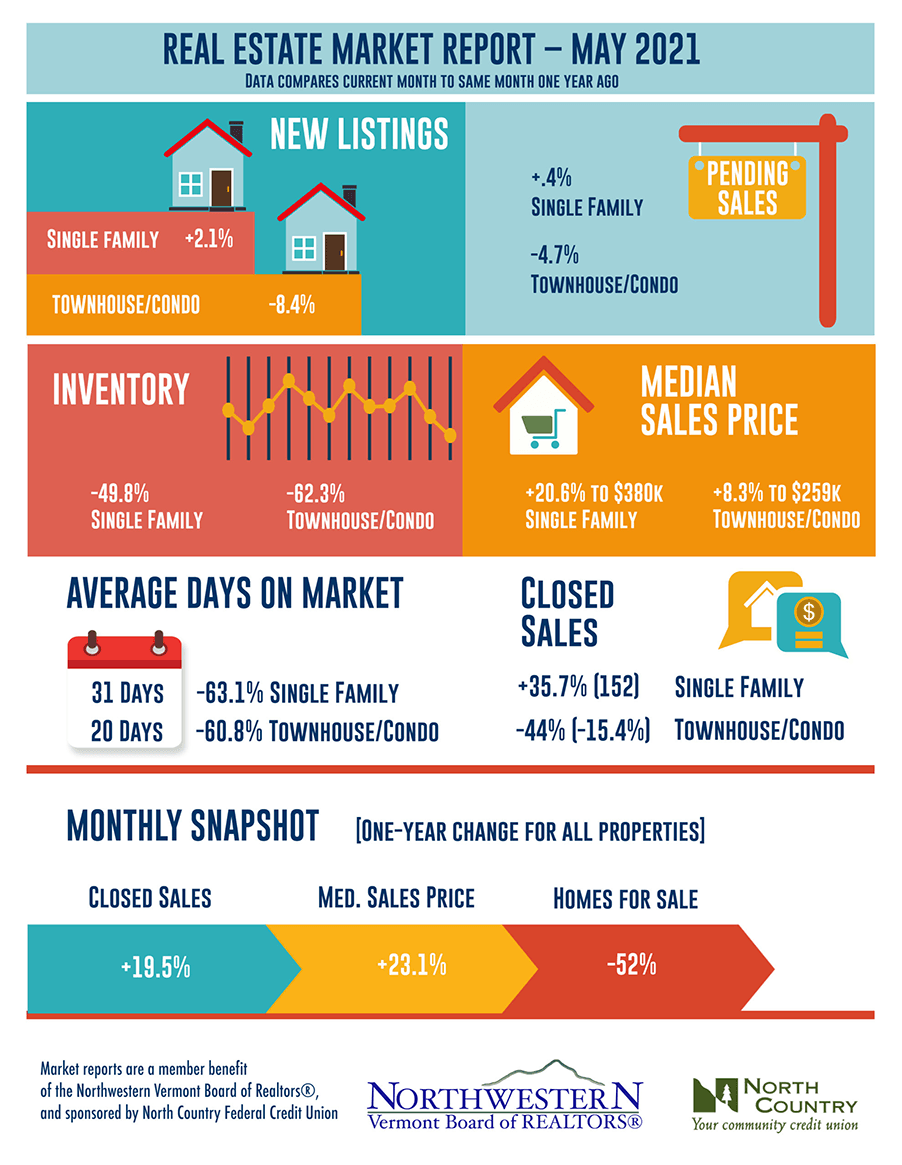 The Champlain Islands are home to some of the greatest and most unique state parks in Vermont. From day use parks to island camping, these hidden gems are sure to be enjoyed by all ages. The guide below will help you learn about the best parks to visit in the Northwest Lake Champlain region. 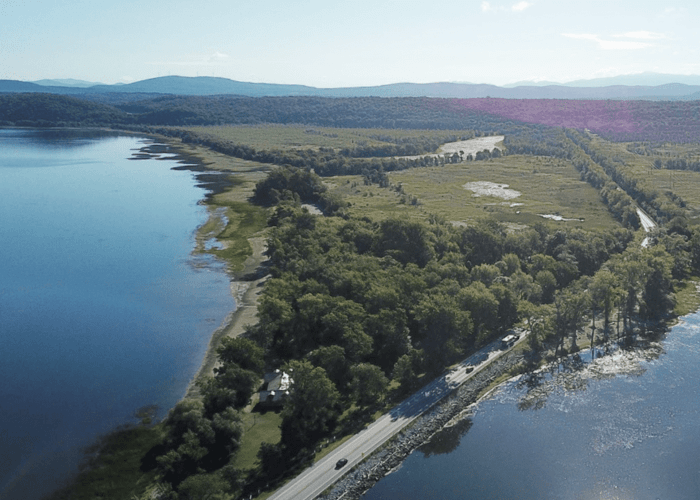 Sandy beaches, bird watching, and panoramic lake views the Sand Bar State Park is located right on the shores of Lake Champlain’s Inland Sea. This park is open daily and is open from 10am to sunset. This park has 2000 feet of sand beach making it a great spot to swim. Plus, they have kayaks available to rent! 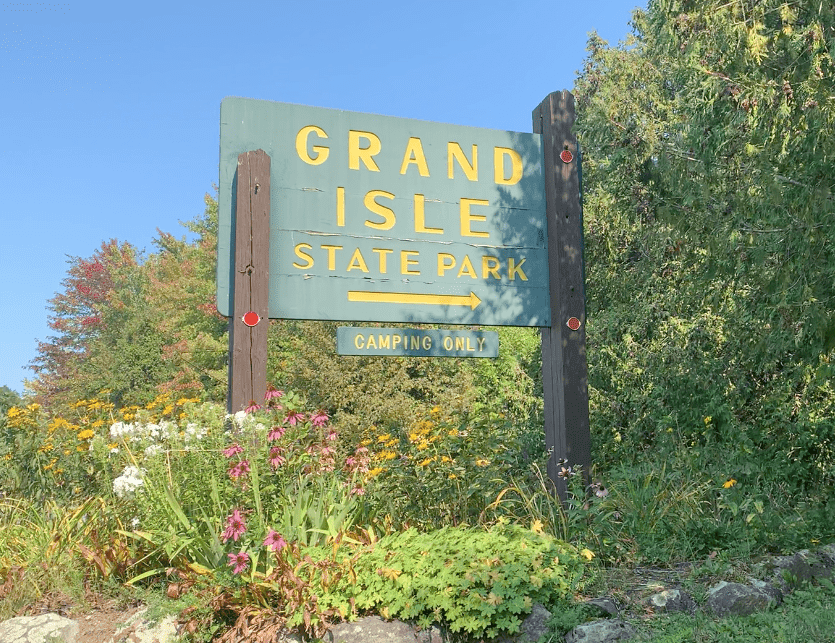 Grand Isle State Park is Vermont's most visited state park equipped with great camping and even some nature trails! With 4,150 feet of shoreline set up for fishing and swimming, the vast number of available camping sites in the park make it Vermont’s second largest campground. 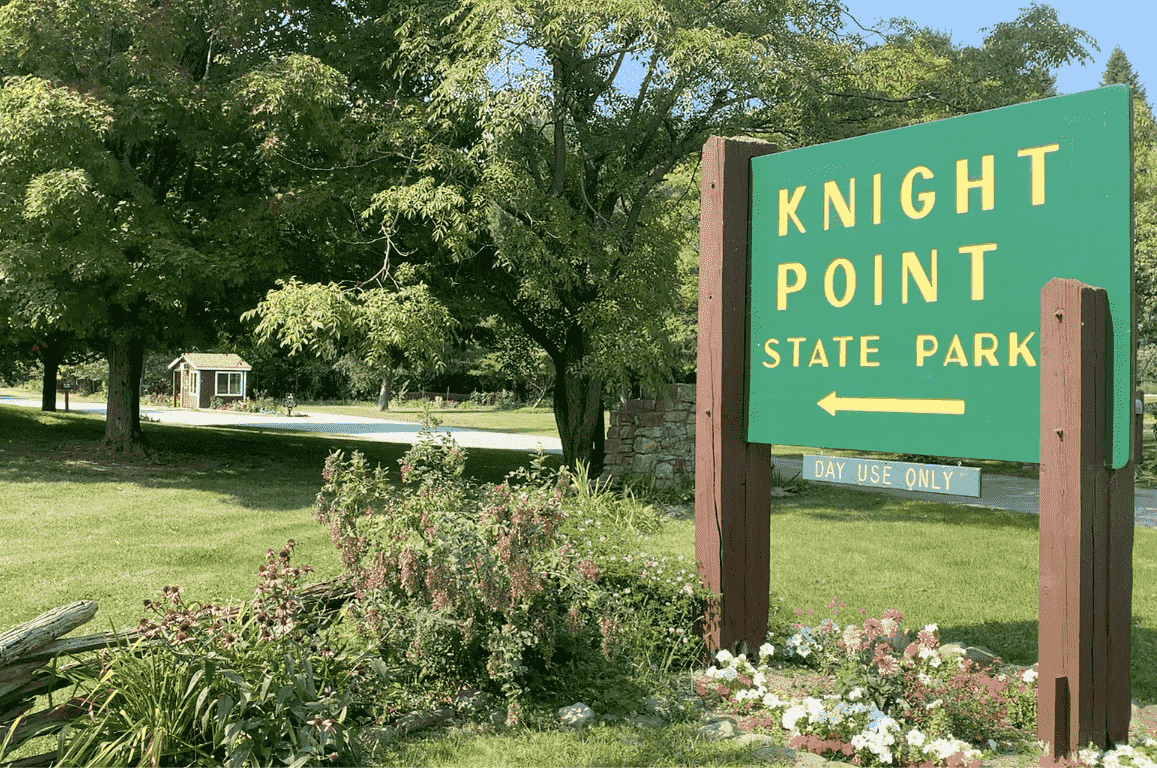 Knight Point State Park is located right by The North Hero Drawbridge on Lake Champlain’s “Gut”. This 54 acre park is strictly day use so snag a picnic table and enjoy lunch by the water or rent out the pavilion if you have a group function!

Grab a cooler, your trunks, a smile and head on up to the 625 acre paradise known as Alburgh Dunes State Park. This park is a local favorite with one of the longest sandy beaches on Lake Champlain, making the dunes the perfect place to enjoy a day of beach games and swimming. 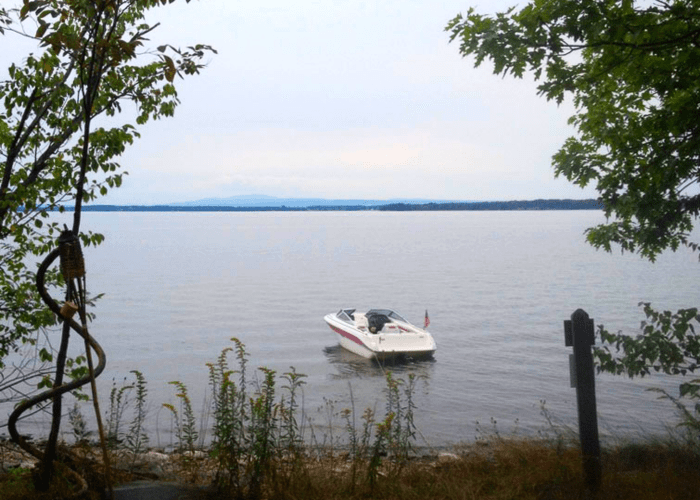 Hop on the boat and trek out to the beautiful 253 acre Burton Island State Park. Located on Lake Champlain’s Inland Sea, this park makes for a very unique boat camping experience. You can also travel to Burton Island by ferry located in St. Albans, Vermont. 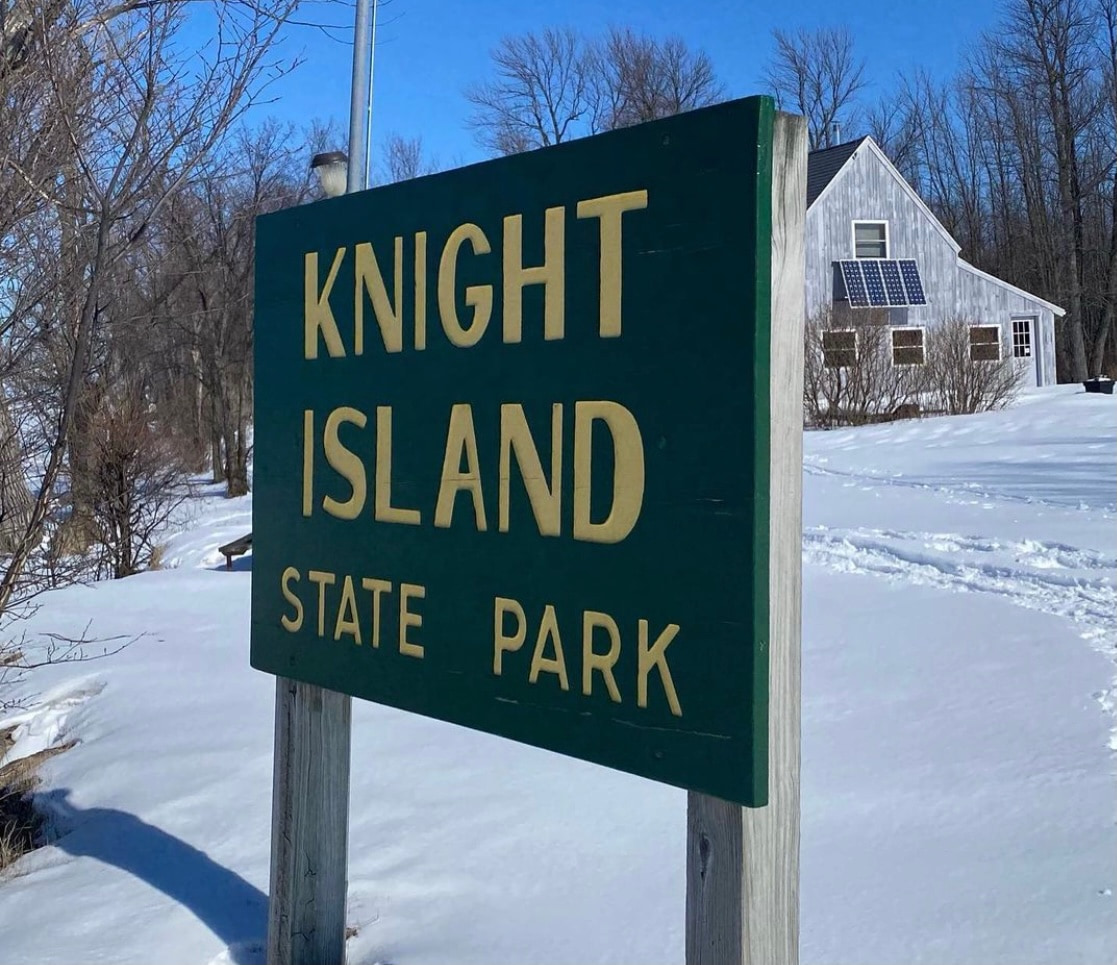 Knight Island State Park is located just around 2 miles from the North Hero Village on Lake Champlain’s Inland Sea and is only accessible by boat. This island getaway will not disappoint. Reserve a lean-to ahead of time, pack up, and treat yourself to a peaceful night out in nature. During the colder months you can walk out on the frozen lake to Knight Island. It is just a 40 minute walk from the North Hero Village! 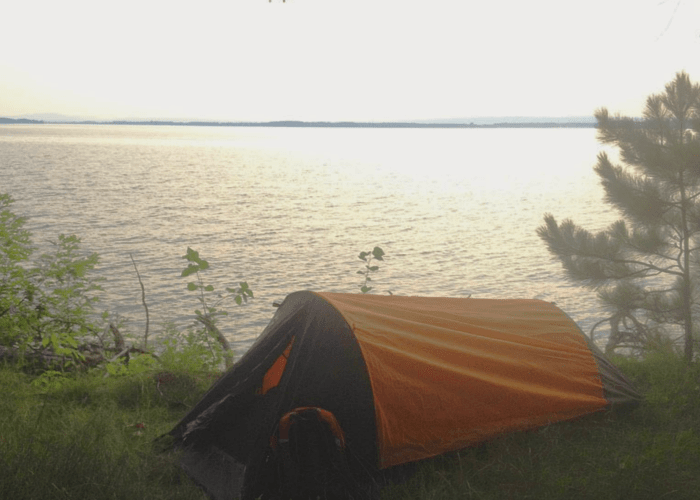 Woods Island State Park is another great island state park on Lake Champlain’s Inland Sea. When visiting Woods Island prepare for a slightly more rugged camping experience than one might have on Knight Island or Burton Island. This park is known as a “remote area” campground with limited sites. However, it still has much to offer in terms of camping and exploring as long as you are prepared!

Incomparable state parks, close-knit community, and countless outdoor activities make the Lake Champlain Islands region a wonderful place to enjoy year-round or seasonally. Looking for more things to do when visiting? Read about these 10 can’t miss places to see in the Champlain Islands.

You are going to want to check out this updated Island Post and Beam Farmhouse located in the Champlain Islands. February's hidden Vermont home was recently renovated in 2021. It's filled with cool places to hang out both indoors and out. The house is set back from the road on an acre and a 1/2 lot and is framed by perennial flower beds and mature trees with a huge wrap-around deck and covered porch to enjoy the Island breezes. The interior of the home is warm and rustic with exposed beams in the living room which includes a fieldstone chimney with a Jotul gas stove to keep you warm throughout the year. The eat-in kitchen has been updated with new stainless steel appliances, quartz counter tops, and hickory cabinets and is filled with beams of natural light through transom windows. Subscribe to our newsletter Island Insights for more Hidden Homes!