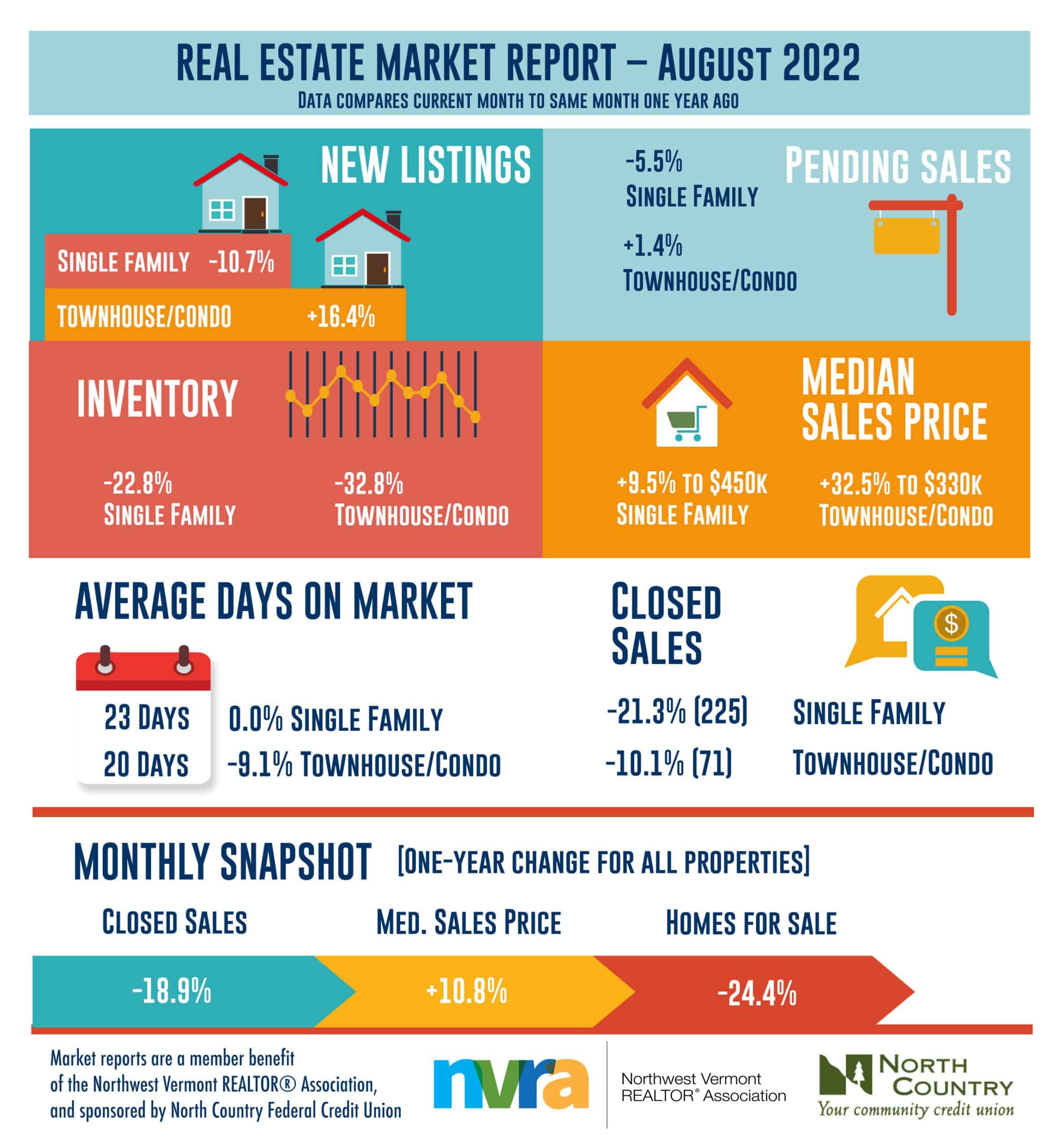 Summer 2022 has been a season of change for the U.S. real estate market. With housing affordability at a 33-year low, existing-home sales have continued to soften nationwide, falling 5.9% month-to-month and 20.9% year-over-year as of last measure, according to the National Association of REALTORS® (NAR). Pending home sales have also continued to decline, a while new listings have steadily increased, with unsold inventory reaching 3.3 months’ supply at the start of August. The pullback in demand has been particularly hard on homebuilders, causing new-home sales and construction to slow.

Inflation, higher interest rates, and fears of a potential recession have taken a toll on buyers and sellers this summer, leading many people to stay on the sidelines to see what will happen with the market. But some experts, including NAR Chief Economist Lawrence Yun, believe the worst of inflation may be over. Although sales prices remain up from this time last year, price growth is expected to moderate in the months ahead as the market continues to shift in a more buyer-friendly direction.”

Do you have questions about the current market? We're here to help. Contact us today.

September’s hidden home is an extremely private lakefront estate on 3.5 acres with 315 feet of shoreline. This beautiful contemporary residence features a rustic modern aesthetic. Watch to see the fresh and inviting interior and subscribe to our YouTube Channel to see more Hidden Vermont Homes! 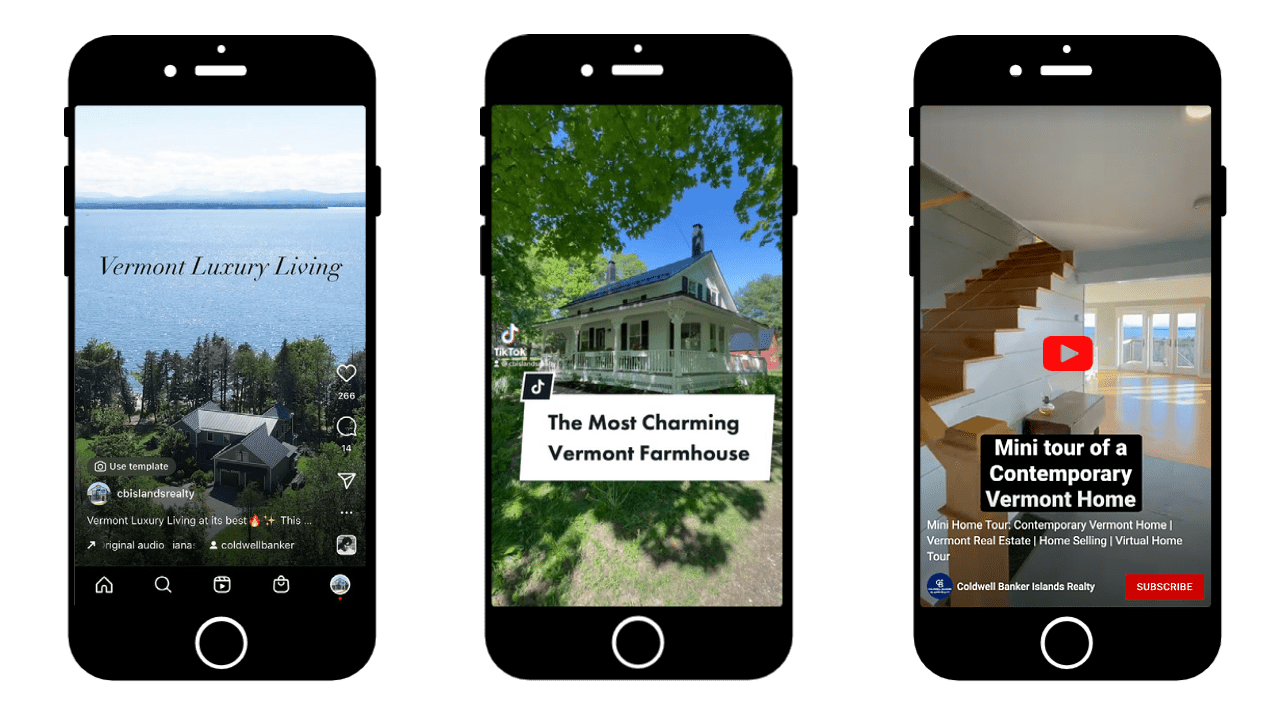 Did you know that real estate listings with video get 403%* more inquiries?

Video home tours are an exciting and engaging way to highlight a home's unique qualities to prospective buyers. At Coldwell Banker Islands Realty, we leverage these short-form videos on our social media platforms to promote our listings and attract the most interested buyers. These videos reach a broader audience, have higher engagement and lead to more views on the listing page maximizing the listings exposure. Check out our top performing videos below!

The first video is a short “highlight” instagram video reel of a contemporary luxury retreat on Lake Champlain. We use Instagram to promote listings and our real estate services. Agent bio and area videos have proven successful online as well and receive much higher engagement than images.

It is always important to stay on top of the next big thing, especially when it comes to real estate marketing. The second video is from our TikTok account. TikTok is the most recent video app platform to take off and offers high reach and engagement. You will be able to consume content such as the property tour above as well as real estate tips on our page.

The third video is an example of one of our fast-paced mini home tours. We use short-form and long-form videos on our Youtube channel to reach more potential homebuyers and give them a better idea of the layout of the home and property. In 2021, we reached 720.6K people through our Youtube Channel!

Make sure to follow us on along on our social media platforms to see beautiful homes and all other things Vermont real estate related! 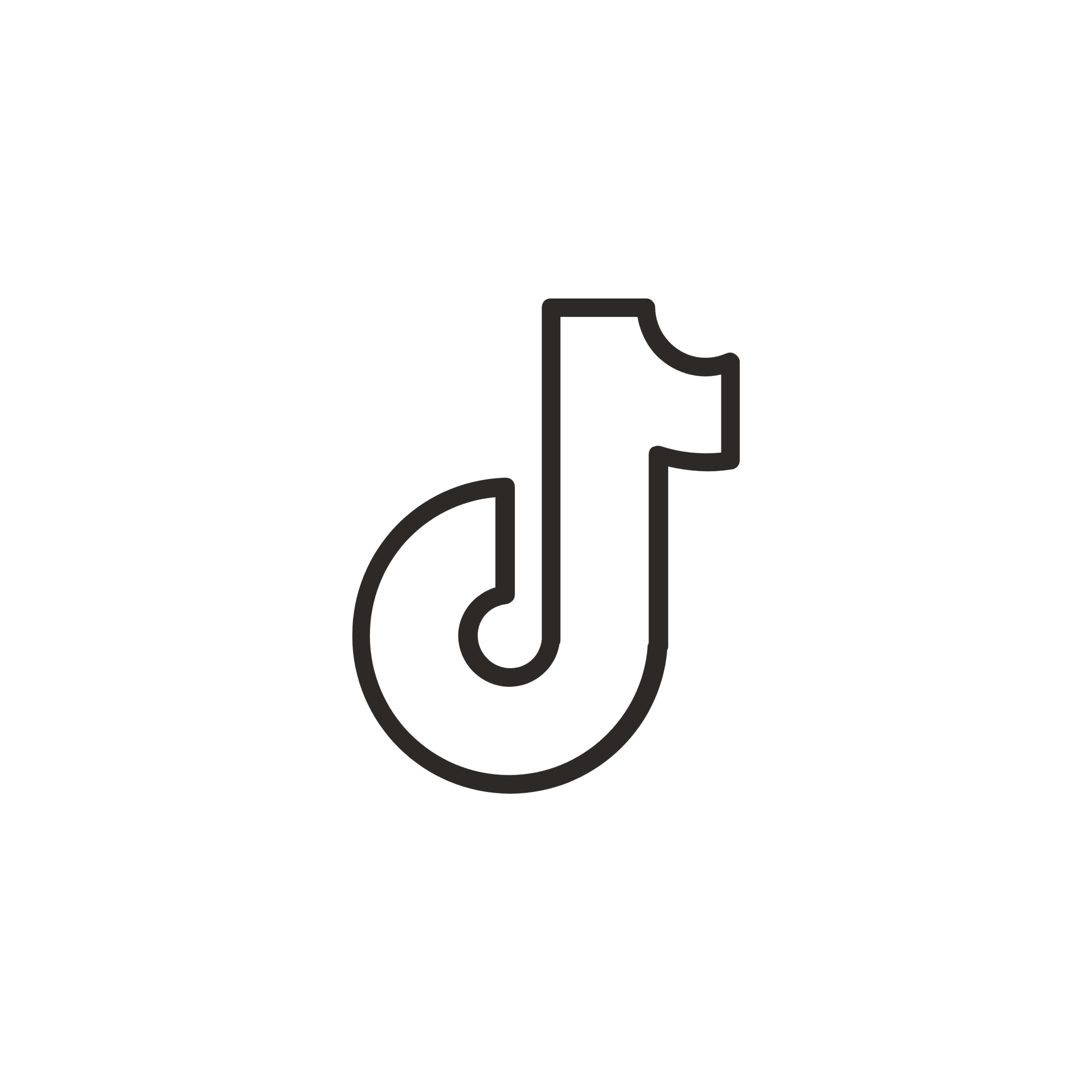 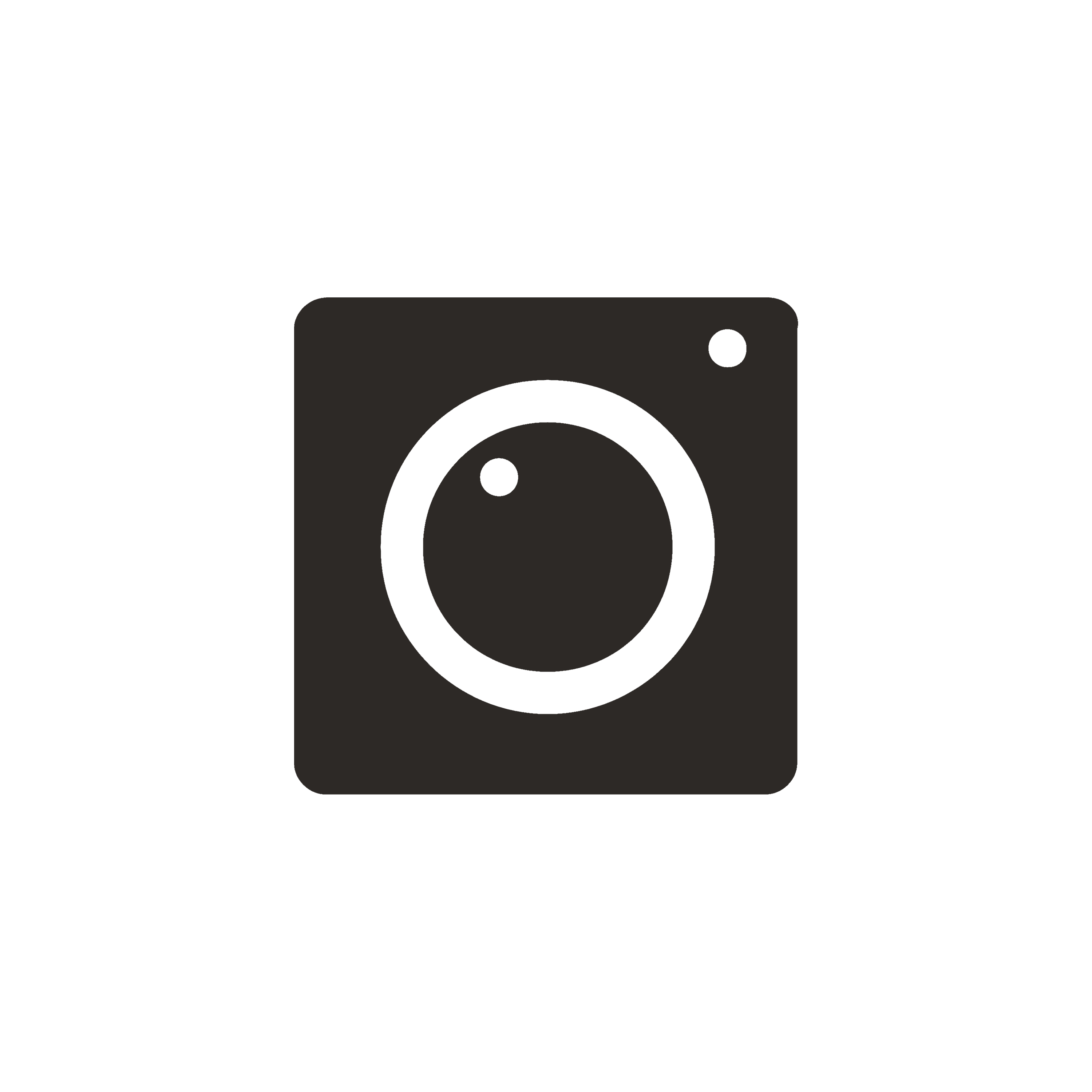 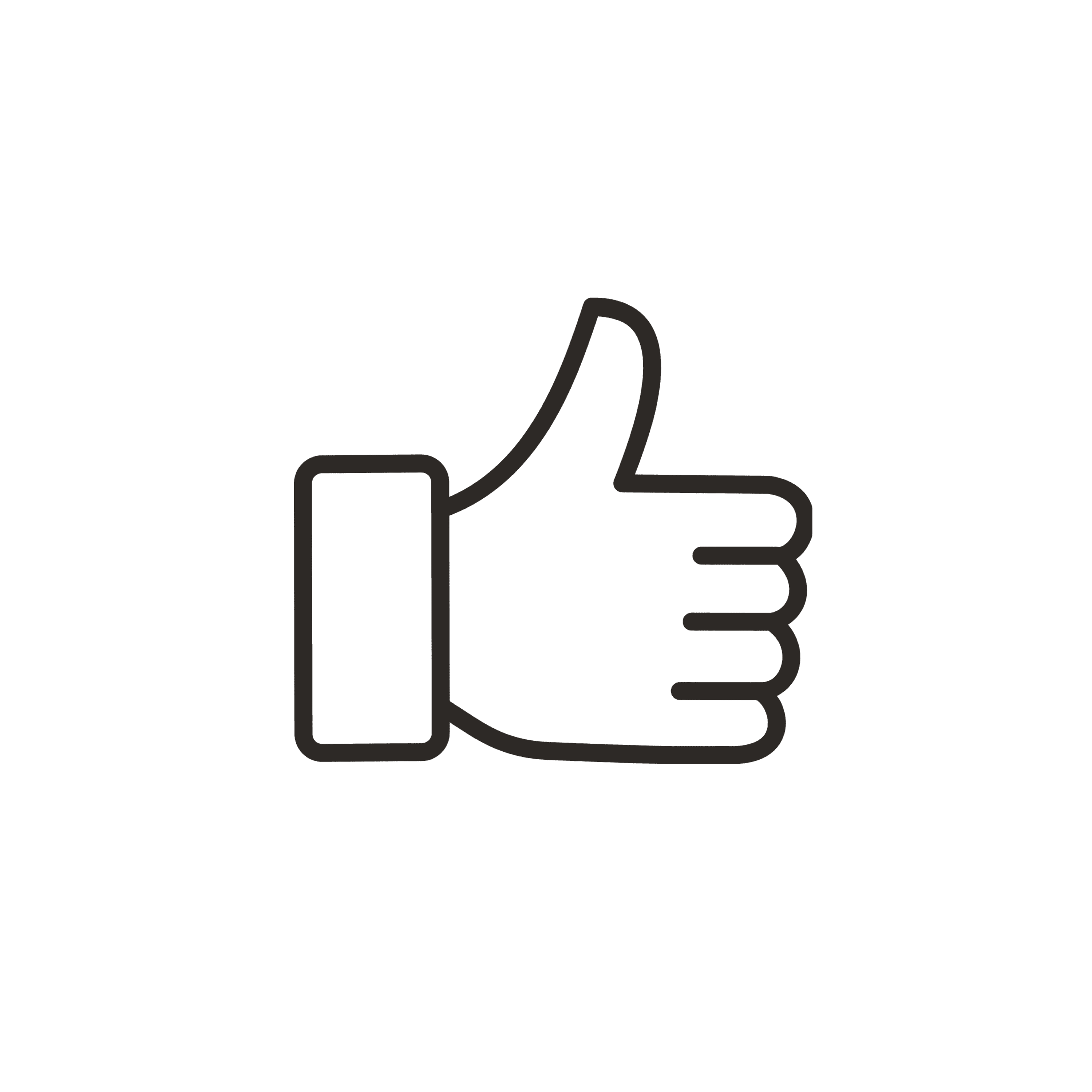 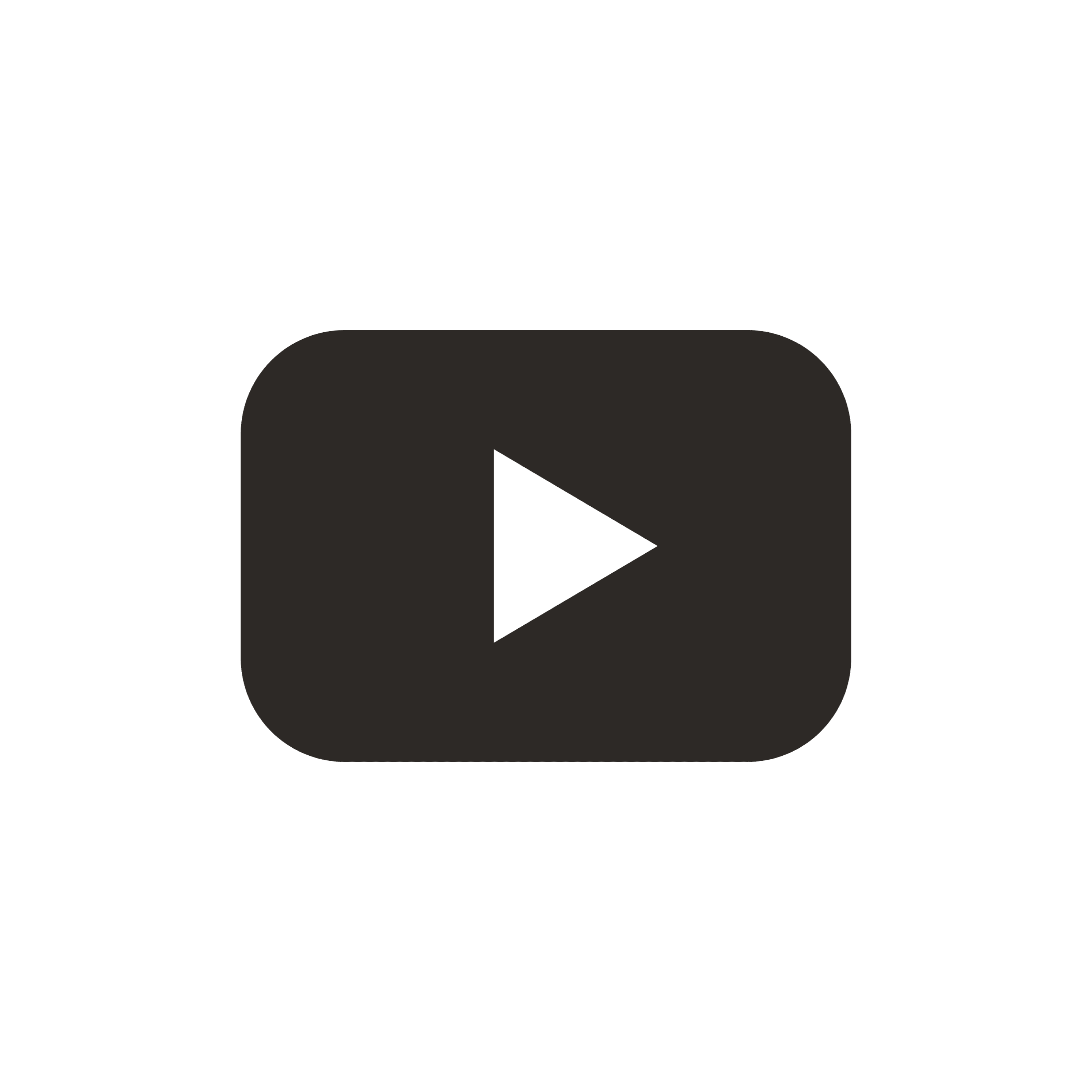 *According to National Association of REALTORS® Statistics 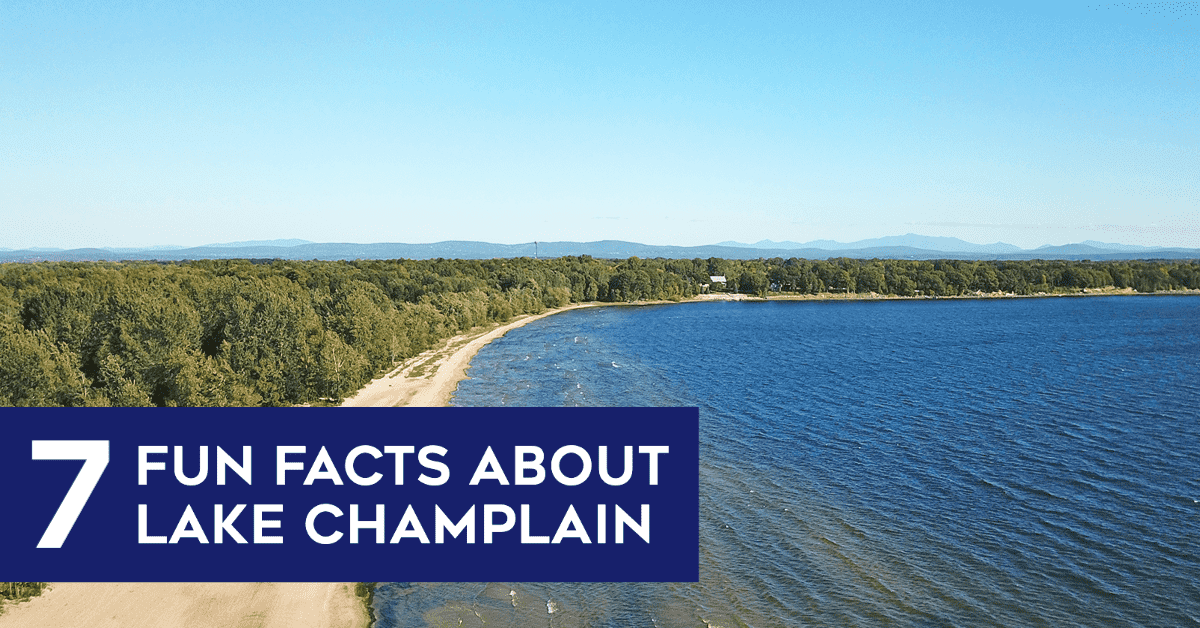 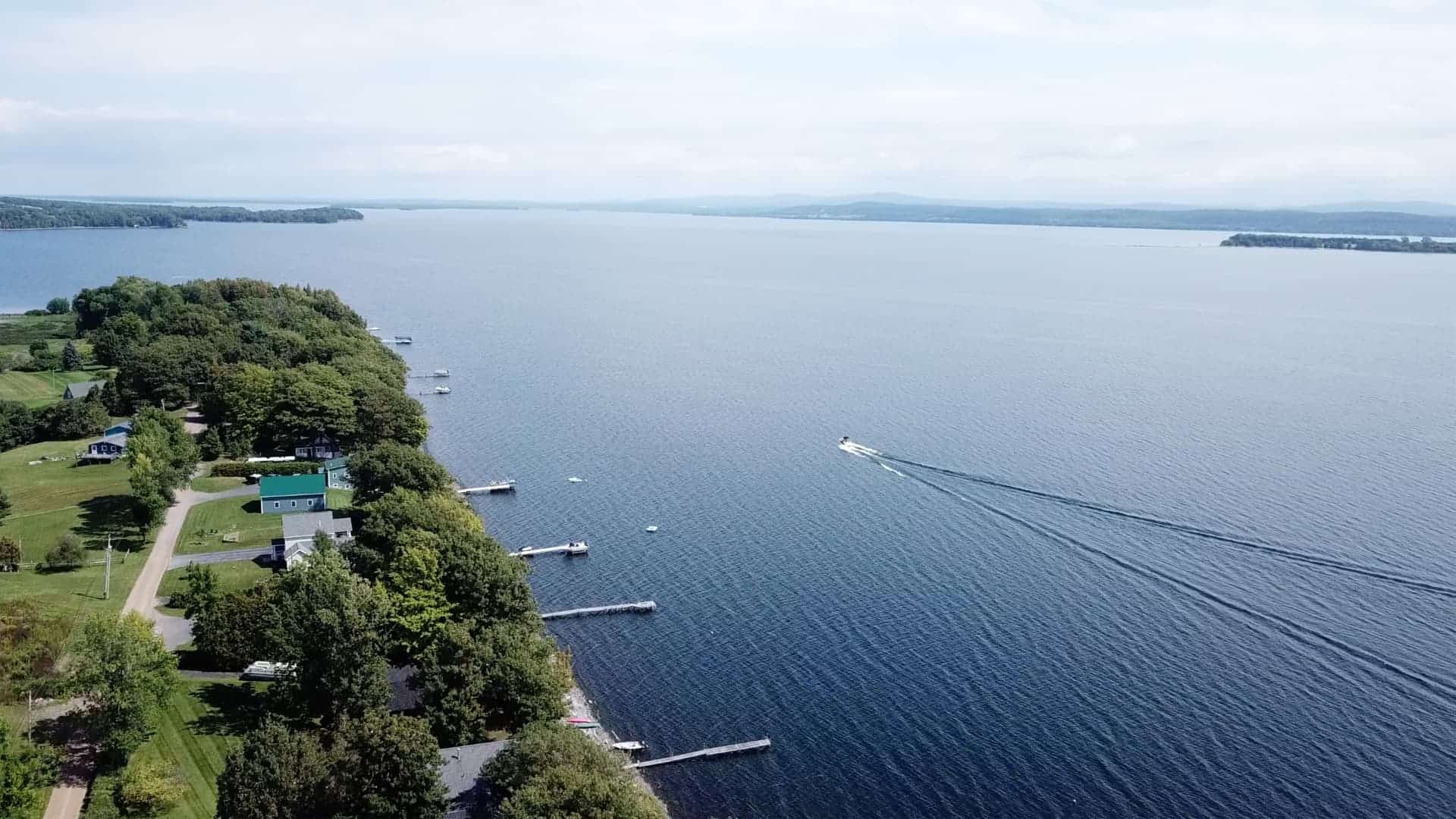 1. Lake Champlain is 120 Miles in Length

Lake Champlain is about 120 miles long and 12 miles in width at its widest point. It reaches Vermont, New York, and Canada and even gets all the way down to 400ft at its deepest point. 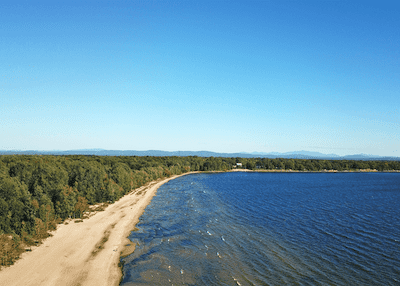 2. Lake Champlain was once the Sixth Great Lake

On March 6th, 1998, Lake Champlain was declared the sixth Great Lake by President Clinton. Most of the country disagreed with the decision and convinced Clinton to rescind the title only a couple weeks later on March 24th, 1998. 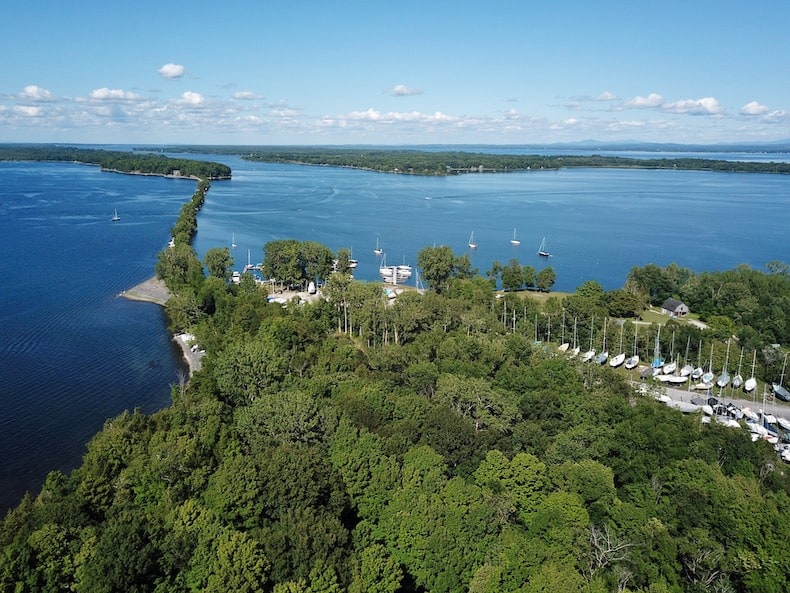 3. There are 71 Islands throughout Lake Champlain

These range from tiny remote islands to larger islands with towns. The three largest islands are towns that include: South Hero/Grand Isle, North Hero, and Isle La Motte. 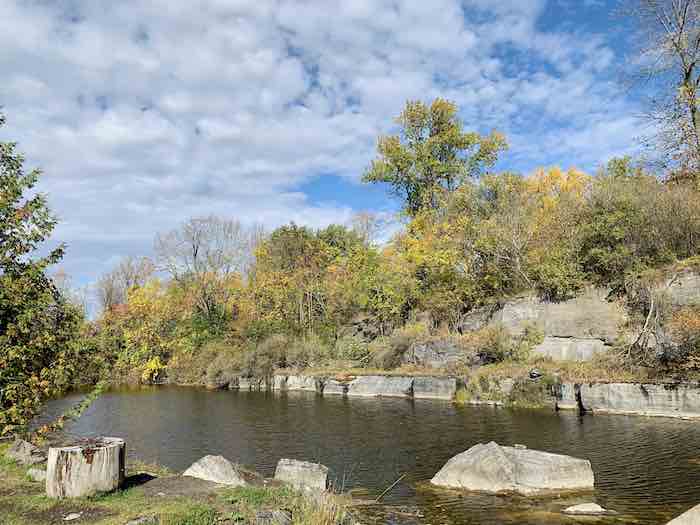 4. Lake Champlain is Home to the Oldest Reef in the world.

The Chazy Reef is a fossil reef located in Isle La Motte, Vermont that spans across 1,567 acres and is over 480 million years old. As a National Natural Landmark, the reef is viewable to the public at the Goodsell Ridge Fossil Preserve and the Fisk Quarry Reserve. 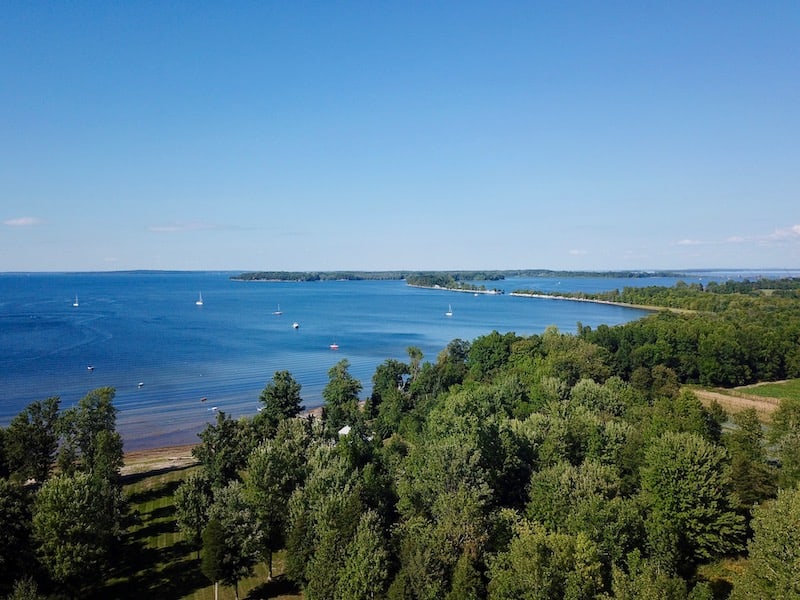 Over 90 species of fish live in the waters of Lake Champlain. It’s considered a frontline fishery for two species in particular: salmonid species (lake trout and salmon) and bass. Bassmaster magazine even named Lake Champlain the fourth best lake in the region for fishing in 2021! 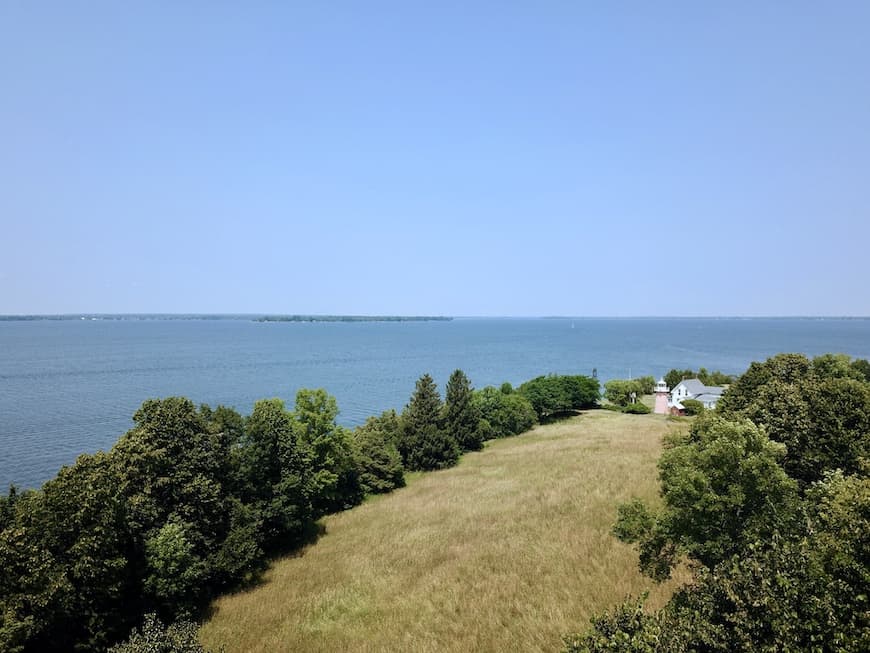 6. It was the Location of the Battle of Plattsburgh.

The lake was a vital part in many battles and wars. The Battle of Plattsburgh, also known as the Battle of Lake Champlain, took place during the War of 1812 and prevented the British from invading New York. 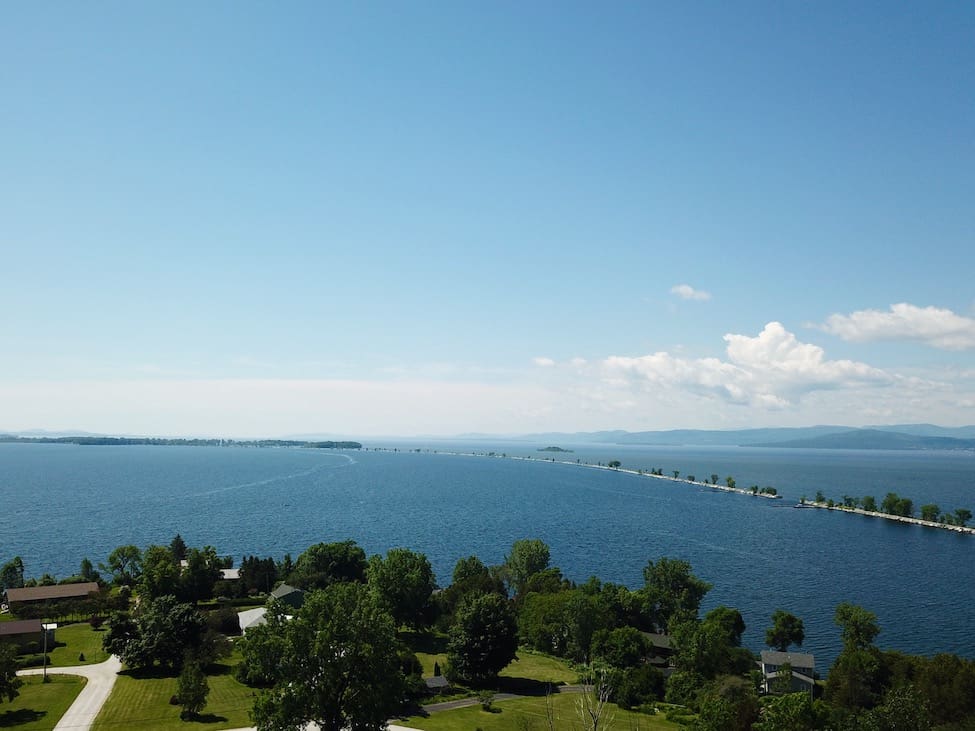 The Island Line Trail takes you from Burlington, Vermont to the Lake Champlain Islands. Historically, the trail was not meant for recreational use. It was built in 1899 by the Rutland-Canadian Railroad for coastal market connections. Eventually, in the 1980s, the railroad was converted into a recreational path.

If you found these facts interesting, learn more about Lake Champlain here! 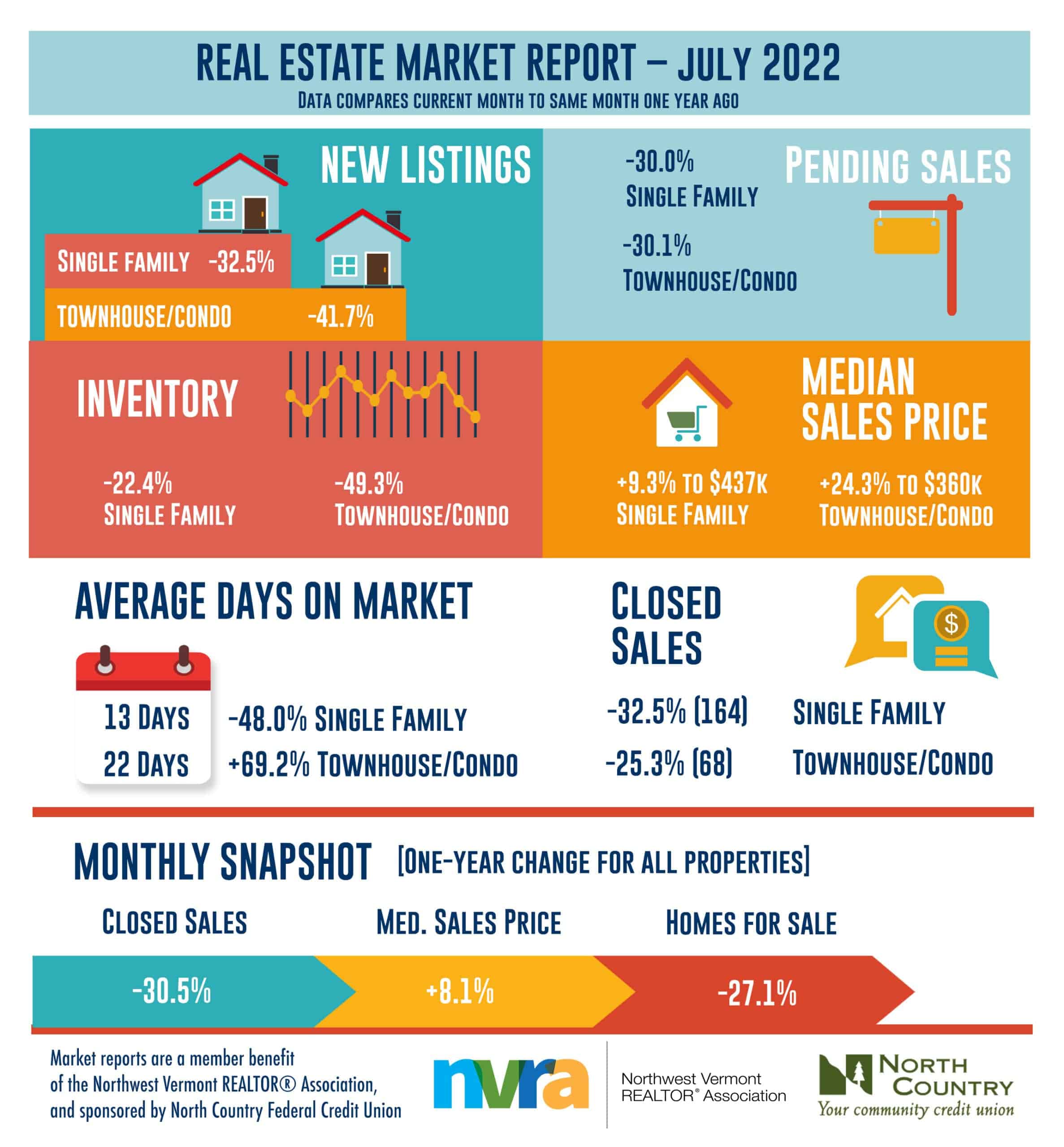 The Northwest Vermont REALTOR® Association (NVRA) has released its market statistics for July 2022. The information is derived from data contained in the New England Real Estate Network and covers Chittenden, Franklin and Grand Isle Counties.

The U.S. housing market has continued to cool, as rising mortgage rates and record-high sales prices have stifled affordability, weakening demand and pricing out a multitude of buyers. Nationally, median household income has failed to keep pace with increasing mortgage payments, with the costs of buying a home about 80% more expensive now than they were just three summers ago, according to the National Association of REALTORS® (NAR). As more and more prospective buyers find their home purchase plans delayed, many are turning to the rental market, where competition has intensified due to increased demand.

At a time of year when homebuying activity is typically very strong, soaring homeownership costs have caused home sales to decline nationwide for the fifth consecutive month, with existing-home sales falling 5.4% month-to-month and 14.2% year-over-year as of last measure, according to NAR. But there is a bright spot. Inventory of existing homes has continued to climb this summer, with 1.26 million homes available at the beginning of July, equivalent to a 3 months’ supply. And despite the summer slowdown, homes are still selling quickly, with the typical home staying on market an average of 14 days.

Do you have questions about the current market? We're here to help. Contact us today.